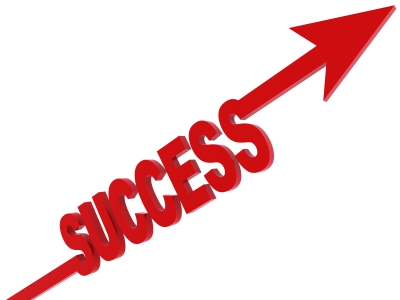 The Success Trap (Fourth in a Series)

The success trap is the fourth trap that is encountered by the business owner.  Earlier we shared the first three traps.  The honeymoon trap and the “three feet from gold” trap both occur in the startup phase.  The founder’s trap, (aka the entrepreneur trap) occurs during the growth phase and was inspired by the book, the e-Myth Revisited.  So what is the success trap?  And how can success possibly be a trap?  The success trap also occurs in the growth phase, but it comes later in the business lifecycle.  It happens when things are going great and the company is exceeding expectations for a long time. Quite simply, the success trap comes when you least expect it.  When you are successful.

Sears, Blockbuster, Toys ‘R Us, Kodak and PanAm…  These are just a few of the companies that have failed after achieving phenomenal success.  Each company has its own story.  Each is an object lesson in what it is like to fall from the top of the ladder.  And, each is an example of a company that failed to recognize the success trap when they reached it.

There are several reasons why the success trap may ensnare a company.  Problems may include a failure to recognize competitive forces or straying from their primary vision and mission.  In most cases, we can boil it down to one simple statement, “a failure to innovate”.

Sears Could Have Been Amazon

When I was a kid, one of the best days of the year was the day the Sears “Wish Book” arrived.  We waited and waited for this day to arrive.  It was the day we could officially begin building our Christmas list.  You see, kids, this was before the days of the internet.  To see what the hottest toys were going to be that year, you had to wait for the Sears Christmas Catalog (The Wish Book) to arrive.  I dog-eared pages, circled my favorites, and wrote out a wish list and kept it tucked inside the front cover (just in case Santa wasn’t sure of what I wanted).

Sears had an amazing operation.  You could order it by sending in an order form with a check and the gift would arrive before Christmas.  Or, if you had a Sears store in your area, they could ship the products to the store.  (Most of these stores were small storefronts in shopping centers) in smaller towns.  And, of course, if you were lucky enough to live in a big city, you could actually go to the Sears store and see the actual product in real life.

Think about it, Sears had a product portal (the Wish Book), a shopping cart process (order form), and the order fulfillment and logistics practices (shipping or store-based) to meet every kid’s dream.  It sounds a lot like Amazon today.  So what happened?  Why did Sears fail?  Sears migrated away from the catalog business in the late 20th century and invested huge dollars in mall-based mega-stores.  The problem is that this phenomenon was short-lived (about 2-3 decades) before the internet began to change things.

If Sears had pivoted back to their catalog-based roots, we might be shopping on sears-dot-com and utilizing Sears Web Services as a platform for cloud-based solutions. But instead, Sears doubled down on their brick and mortar solution, and will soon be an asterisk in the storyline of the Internet and the Amazon effect.

Blockbuster Could Have Been Netflix

The story of the rise and fall of Blockbuster is an even shorter story.  The video-rental business model first developed in the early 1980s with the rise of the popularity of VCRs.  Blockbuster was founded in 1985 and quickly became the market leader and rose to prominence in a matter of years.  Soon there would be a Blockbuster seemingly on every corner and in every strip shopping center.

As technology evolved, Blockbuster evolved.  They moved from a world of both Beta and VHS to just VHS.  Then added DVDs, CDs, and other media.  But by the time Blu-Ray arrived, the business model was turned upside down.  Blockbuster failed to pivot or at least failed to do so fast enough, and quickly found itself with a heavy investment in brick and mortar storefronts and a less than adequate streaming service to compete with Netflix.

Netflix was fortunate that it started after the brick and mortar store phase.  They came to the market at a more optimum time.  And, in doing so, made the video store all but obsolete.

The Moral of the Story

Contrary to some belief, you cannot be too big to fail.  When you study the stories of these once great businesses, you recognize how a failure to recognize market trends doomed them to the history books.  Business owners always need to be watchful of the next trends that will affect their world.

I’ve worked in industries that had to do just this.  I once worked for a video conferencing company that made tons of money off selling equipment that was used for video-based communications.  Now we pull out our phone and Facetime with people all over the world, without paying an extra penny.  I know of many companies that went under trying to hold onto a platform that was obsolete, expensive, and quite simply not what the customer wanted.  They didn’t understand the concept of “good enough”, when it came to video conferencing.

Three tips for avoiding failure in this trap:

If you’d like to learn more about how you can avoid this trap, contact me today, or schedule time on my calendar.  I look forward to hearing from you.