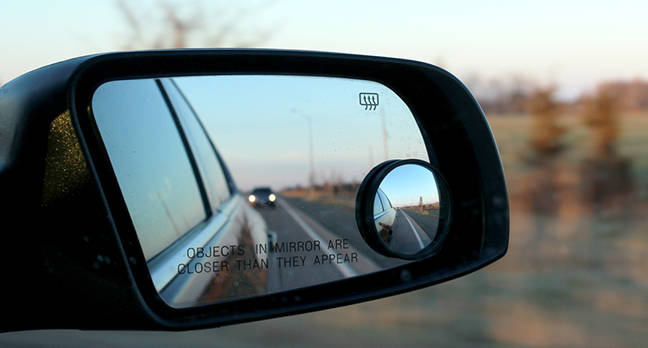 Watch For Your Blind Spots

Blind spots.  You know what they are.  If you’ve ever started to switch lanes and heard that disconcerting sound of another driver honking, you know that you have blind spots.  It is such a danger that many of today’s cars have warning systems for us now.  Like so many modern safety features, the automobile industry has determined that the risks caused by blind spots are so great that people will pay extra for this feature in their cars.  Leaders and business owners, you must also watch for your blind spots as well.

I see business owners with blind spots every day. It is amazing how many leaders are unaware that they even have blind spots (and that is a blind spot in and of itself). Here are a few examples of common blind spots that I see.

The Business owner is spending too much time in the weeds

We often talk about this with business owners as we explore their role in the organization. The popular book The E-Myth Revisited explores this topic in great detail.  There are essentially three roles that the business owner finds themselves in.  The first is the visionary.  This is the most critical role and the one that probably led them to start the business.  The second is the manager.  This is the role of monitoring the progress and activities of the business.  It’s certainly important, especially as the business begins to take on clients.  The third is the role of the technician or “doer”.  This is the role of a plumber or programmer, an architect or analyst.  This is often the reason they got into this business in the first place.  They loved to do this type of work, and they are good at it.

When I work with my clients, we analyze where business owners are spending their time.  And look at the costs and ROI of where they are investing their most precious resource – their time!  If they are not spending more than half of their time on the company’s vision and future, there will certainly be blind spots.

Greed can cause a number of problems for a business owner. The problem is not that the business owner wants to make a profit, or even that they want to be wealthy.  The business owner can want to be a billionaire, but still not be greedy. The Bible doesn’t say “money is the root of all evil”, it says “the love of money is”.  A greedy business owner looks at short-term profits and puts them ahead of all other interests, including employees, customers, and family.

I have seen business owners make crazy decisions because of greed. One owner continued to host a lavish event each year, even when the company couldn’t pay its bills. This event put the company in a deep financial bind and served no purpose but to pump the ego of the CEO.

One business owner I knew would only work with accounts worth at least a million dollars.  Even after years of spinning his wheels trying to get his business established, he would not take on a project less than that. His ego was so great that he had to win the big fish.  He didn’t believe in the idea of “paying his dues”.  Nor did he believe in the concept of establishing a reputation (he felt he already had that).  There’s no telling how many deals he walked away from because he only wanted to catch whales.

Another leader was so obsessed with his monthly profit reports that he could never enjoy them.  Even when the company had great months, he could only look at the areas that were under-performing.  Consequently, he alienated the people doing great work for him, and essentially drove them all away, leaving him with the poor performers.

The leader who trusts too much

Some leaders are just the opposite of those I just spoke about.  These leaders trust too much and find themselves in a predicament when they least expect it.  I have to admit, I have personally been bitten by this problem.

Accountability is important in organizations.  And most people get to a level of leadership because they have been personally accountable for their actions.  When they make a mistake, they own up to it.

But accountability can be a double-edged sword for a leader.  They expect their team to be just as accountable as they are.  But, unfortunately, they often find out that their team does not hold themselves to the same measure as the leader.

One leader I worked with had trusted his team with the financials of his organization.  Over time, however, some bad habits had developed that he wasn’t aware of.  His team members had gotten lazy and were not watching the numbers as closely as they should have.  A couple of unexpected problems occurred, and they did not have the financial cushion that they thought they did.  What should have been a minor bump in the road turned out to be a significant financial challenge and forced them to reorganize the team, establish new policies and revisit their entire organizational vision, mission, and strategy.  They are fortunate that the debacle did not bring the organization down with it.

Trust is a double-edged sword, and a good leader spends enough time focused on managing and monitoring their business to ensure that problems like this do not arise.

Solutions to help you watch for your blind spots

Or should I say, solutions for leaders, since WE ALL HAVE blind spots?  Yes, every leader has blind spots.  So here are some solutions to consider.

I work to help business owners and leaders overcome blind spots in their business and in their professional lives.  Contact me to find out more about how we do this.

2018-09-18
Previous Post: Three Feet From Gold – An Entrepreneur’s Trap
Next Post: A Lack of Disappointments Means You are Not Growing